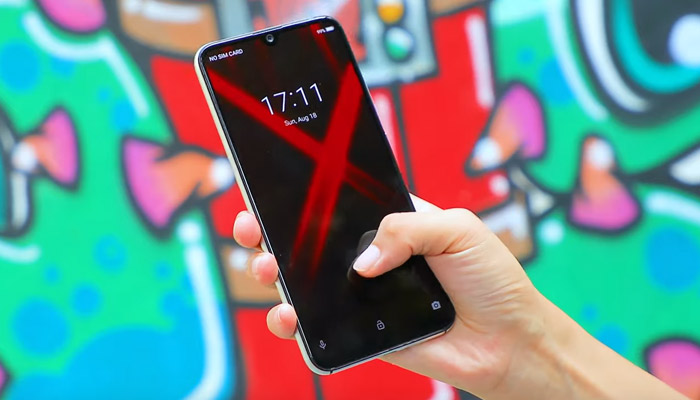 The UMiDigi X Is Blowing Up The Competition!

The competition between mid-range Android smartphones these days is like a beauty contest. Their specs seem decent and all, but it’s mostly a battle of aesthetics. Thankfully, the UMiDigi X refuses to conform to this trend.

Related: Check out the Top 5 UMiDigi Smartphones of 2020!

Deliberately designed to go against the grain, the X comes with exciting features such as a 48MP main camera, an in-screen fingerprint sensor, 4GB’s of RAM, and an AMOLED display.

If you ask us, you’ll be hard-pressed to find such top-end features packed into any other budget Android phone.

Looks like the race for the best 2019 mid-range Android phone this just got a little tighter! Without further ado, let’s see what makes this £140 handset such a compelling pick. 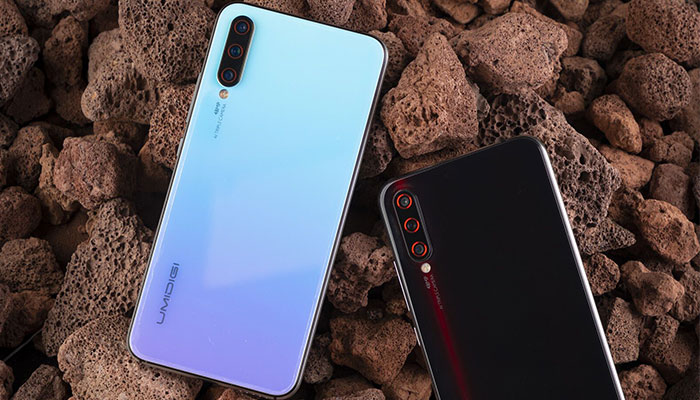 One thing you’ll instantly love about the UMiDigi X is its 6.35″ custom-built AMOLED display. It produces deep blacks, has better colour reproduction, improved contrast and best of all is bright enough to use outdoors easily.

It’s truly an impressively immersive viewing experience on par with Samsung’s own Galaxy A20.

While we do find AMOLED displays on noteworthy handsets like the Vivo X5 Max, it’s still a rarity among up-and-coming mid-priced handsets. UMiDigi clearly didn’t skimp in the display department.

There were initial reports of a retractable selfie camera for this phone, but that plan obviously didn’t pull through with UMiDigi opting for a waterdrop notch instead. Judging by the implementation of the design, it was a good call. Although its plastic body is a bit disappointing, it sure makes up for it with a sleek 2.5D curved glass screen.

And have we mentioned that the device comes in colours that pay tribute to the multi award-winning fantasy epic, Game of Thrones?

You can get the X phone in Flame Black (black with red accents) theme if you’re on Daenerys’ horde or Breathing Crystal (sky blue with a purple accent) hue if you’re under Jon Snow’s Winterfell banner.

It’s great to see the UMiDigi X standing out from the crowd with its unique design. The display is stunning, and while not Full HD, is on par with Samsung & Xiaomi’s Mi A3 offering. 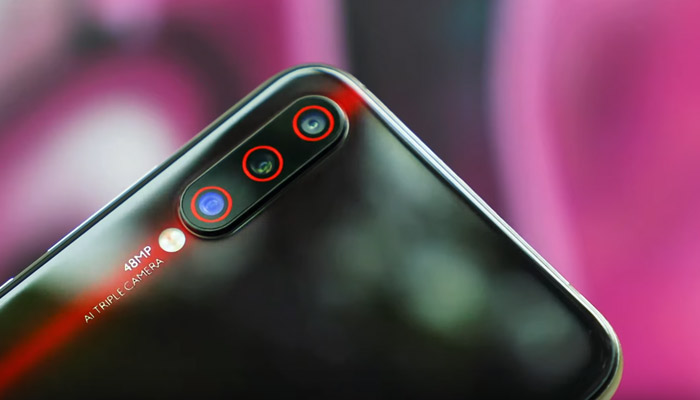 Although the phone boasts of many excellent features, it’s the UMiDigi X’s camera setup that is getting us giddy with excitement!

Making its camera a primary selling point, the company went with the S5KGM1 from Samsung—a massive, 48-MP camera with ƒ/1.79 aperture. This is backed up by an 8MP ultra-wide camera and the third lens is a 5MP AI-ready depth sensor.

With such a large aperture, shooting in low light environments is easy-peasy on the UMiDigi X phone. Its ultra-wide-angle lens, meanwhile, makes quick work of any panoramic and scenic shots (including groufies, of course). The depth sensor helps enhance pictures with the coveted bokeh effect. 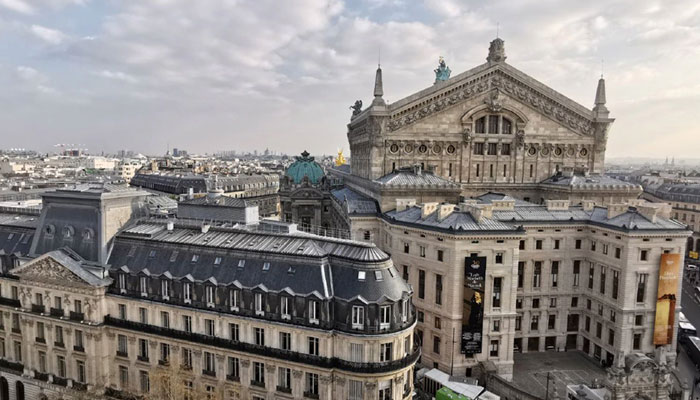 The rear cameras aren’t the only ones deserving time under the limelight, though. The 16MP selfie camera on UMiDigi’s X phone is a capable performer by itself.

Built with Samsung’s S5K3P3 mobile image sensor and 5-element lens, the front camera boasts of ƒ/2.0 aperture with face recognition technology. Thanks to such capable hardware, taking stunning selfies and utilising the Face Unlock security feature isn’t a problem at all.

If mobile photography is your cup of tea, you don’t want to miss what the UMiDigi X has to offer.

While the cameras don’t have support for Optical Image Stabilization (OIS), it compensates with a combination of autofocus and digital image stabilization.

Sadly, the video you can capture on the device max out at 1080p, 30fps resolution which is a notch below the [email protected] we see on Xiaomi Mi A3. 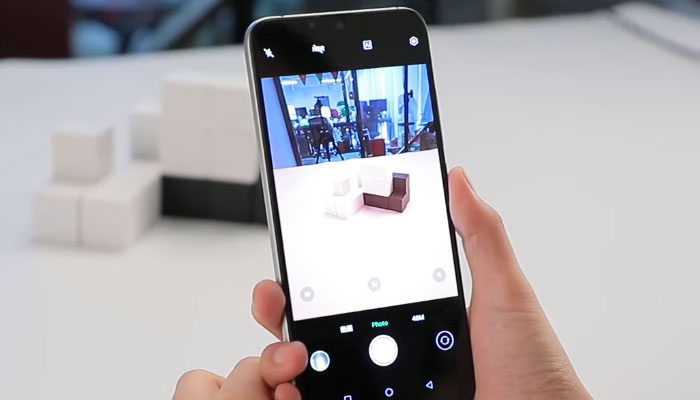 Its 4GB RAM may seem pedestrian in comparison to many of the 8GB gaming phones of 2019, but let’s not forget the UMiDigi X can be yours for a fraction of the price. And it’s no ordinary RAM, this handset uses dual-channel LPDDR4X RAM, which you’ll mostly find in high-end models like Samsung Galaxy, Google Pixel, and Asus Zenfone. The UMiDigi X is certainly in elite company.

Revving up its octa-core engine is the efficient MediaTek Helio P60 processor that boasts of optimized power consumption while producing less heat.

On the graphics side, you’ll find the phone is powered by an ARM Mali G72 MP3 GPU which will make easy work of Android MOBA’s, especially considering the lower resolution. Completing the line-up is a decent 128GB’s of internal storage, which you can expand up with a microSD card.

The X certainly has the arsenal needed to deliver an optimum mobile experience.

UMiDigi’s X phone doesn’t stop there, though. You also get the fastest and smoothest Android OS, 9.0 Pie, right out of the gates! Thankfully, the device runs on a stock Android version and this means you get a streamlined, bloatware-free OS.

With a setup like this, it’s no surprise that X phone earns a whopping 171827 points on AnTuTu Benchmark tests. It even outperforms pricier handsets like Nokia X7 and Xiaomi Redmi Note 8.

Summing up, you’re getting a zippy, hiccup-free mobile experience that will please both gamers and casual Android users. 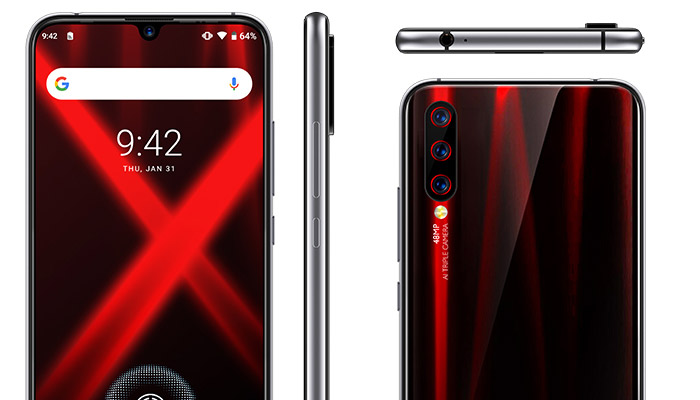 Because the X phone is built with a sizeable 4,150 mAh battery, you don’t need to worry about running empty after a day of heavy use. Even if you run out of juice by sundown, its Type-C 18W fast charging technology will get it up and running in no time.

While the battery size is decent, it’s a downgrade from its predecessor, the UMiDigi F1, which ran on a 5150 mAh battery. However, getting two days of moderate use off the UMiDiGi X isn’t exactly a deal-breaker.

For years, in-display fingerprint sensors have been a feature of premium flagship smartphones. Not any more!

UMiDigi partnered up with Goodix (specialists in under-display OLED biometrics), for their fingerprint sensor. It’s the same company that provides in-display technology for both Xiaomi and Huawei.

As well as the advanced in-display tech, you also get an accelerometer, e-compass, light sensor, gyroscope, proximity sensor, and fingerprint sensor. The X even comes with a multi-function NFC that supports Google Play, which makes your mobile phone double as a wallet.

And saving the best for last… yes, it has 3.5mm headphone jack as well as support for the fastest AC WiFi. 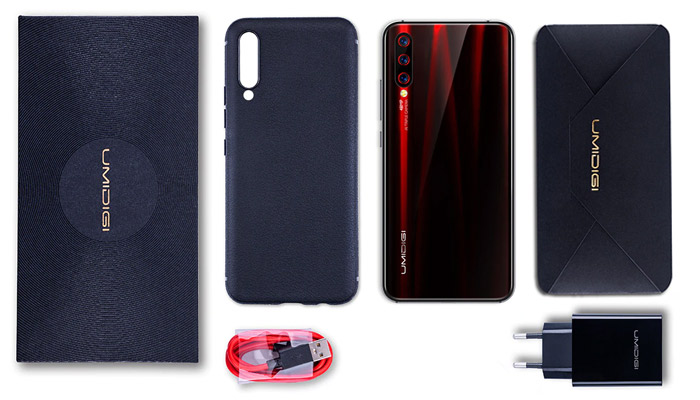 The UMiDigi X offers high-end features at a low-end price. While there is competition in the AMOLED mid-range tier,  the UMiDigi X is the most features rich option available.

If a monstrous 48MP main lens, an in-display fingerprint sensor, an immersive AMOLED screen and solid all-around performance gets you excited? Then you’ll want to add the UMiDigi X to your shortlist now!

Do we recommend the UMiDigi X? It’s an X’cellent choice for your next smartphone upgrade.